Modern engines are developing at an unprecedented rate and frequently require highly efficient filtration. Donaldson fuel, lube oil, coolant and hydraulic filters are engineered to meet the specific requirements of equipment manufacturers and are required to have exacting efficiency ratings.

To remove confusion, manufacturers should describe the performance of the media used inside a filter by its 'beta ratio'. ISO 16889 (International Standard) lists eight common Beta ratios used to report filter efficiency: Beta 2, 10, 20, 75, 100, 200, 1000 and 2000. So what does each one mean and why have so many?

The ISO test method involves using particle counters and test fluid that has contaminants added to it. Contaminants of a given known particle size are counted both before and after the filter.

When someone asks you for a 5 micron filter you should always ask them, "At what Beta ratio?". Clearly a media with a ratio of Beta 1000 is far more efficient than one with a rating of Beta 2 on that given particle size. 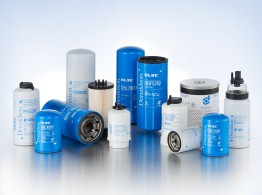 When you need fuel, lube oil or coolant filtration systems for new and existing engine applications, consider Donaldson as your single source.

It is important that both the micron sizing and Beta ratio is matched to the application. Tighter and more efficient media than specified by the manufacturer can result in shortened element life and greater pressure increases. In some extreme cases of mis-application, this can even result in the unintentional removal of additives from oils. Less efficient media will generally result in a longer element life, but does so by allowing a higher percentage of contaminant to pass straight through the filter. This may result in a dramatic shortening of component life.

Based on the image shown below, the filter has only allowed 1 particle out of every 10 greater than 5 micron to pass through. Therefore, this filter will have a rating of Beta 10 - 5 micron. 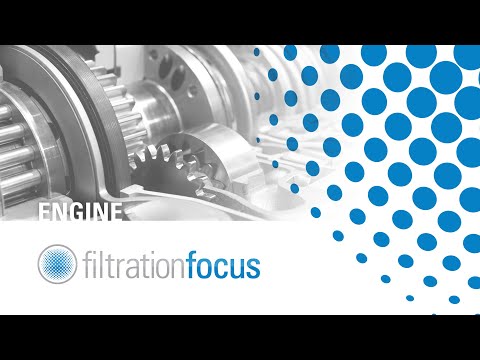 It’s essential that both your filter efficiency and micron rating be matched to your application. Micron sizing is of little importance without some measure of the filter media’s efficiency on a given particle size.