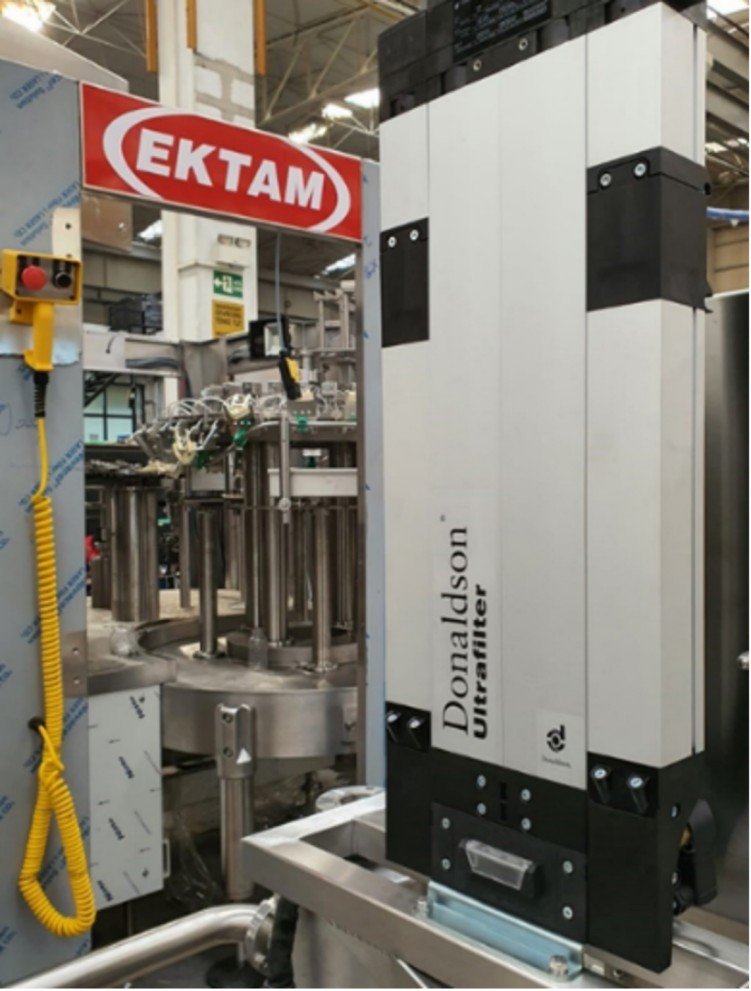 Provision of compressed air of defined quality at the point of consumption in EKTAM filling lines with Ultrapac™ Smart.

Founded in 1977, EKTAM MAKINE SANAYI VE TIC. A.S. has developed into a leading manufacturer of turnkey filling plants in the Mediterranean. In the main plant of the company based in Izmir on the Aegean coast, equipment for the filling technology of carbonated and non-carbonated beverages, fruit juices, and mineral waters are being developed and built. Customer-specific solutions that can flexibly adapt to the rapid change in market conditions and offer maximum productivity are characteristic of this system technology.

Since September, the new Ultrapac™ Smart compressed air purification system has been in use as point-of-use dryers in EKTAM filling lines to provide high-purity process air, continuing the successful cooperation at a higher integrative technology level. Special demands are placed on the components for the treatment of compressed air in the filling lines. The use of the compact compressed air treatment system enables flexible integration into plant technology and reduces installation and maintenance costs.

A wide range of compressor technologies need to be considered. And not only the pressure level and the volume flows from the central compressed air stations are important factors, but also the climatic conditions have a great influence on the moisture content of the compressed air. It must be available in continuous operation as safe high-purity process air for the pneumatic controls and as energy for a variety of actuators. With the modular Ultrapac Smart system, the compressed air is cleaned in three stages:

This three-stage purification system reliably ensures compressed air quality in accordance with ISO 8573-1:2010, which corresponds to the quality classes 1-2:1-2:1-2 and 0, specified according to application and better than Class 1. This is a crucial prerequisite for EKTAM, as the compressed air must be dry according to the application-specific requirements. 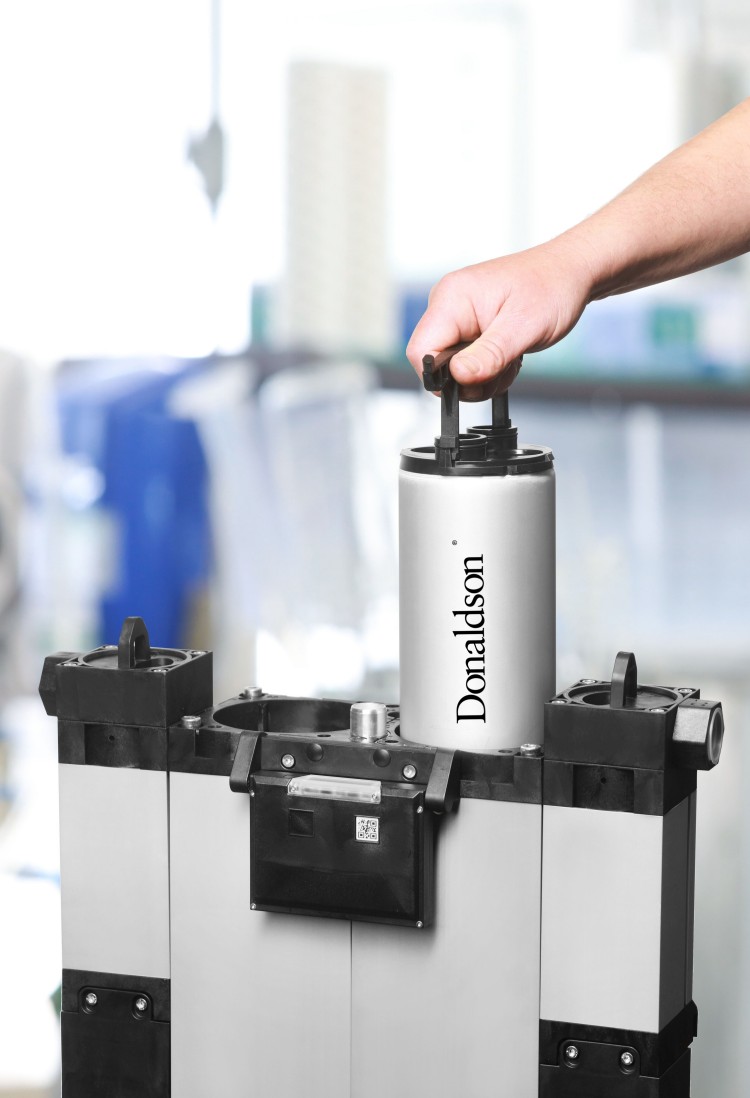 The desiccant cartridges can be replaced quickly and easily.

Wolfgang Bongartz, Engineering Manager at Donaldson in Haan/Germany, states: "Over a long period of time, we have checked compliance with the prospectus specifications of a wide range of dryer designs. Large discrepancies were noted. For the Superplus version of our Ultrapac™ Smart system, we have developed the Ultraconomy dew point control system, which achieves a stable adherence to the predetermined pressure dew point in continuous operation. This is particularly important because the dew point temperature changes as the pressure changes."

The dryer cartridges, filled with a highly adsorptive stable desiccant in a special process, are designed for long-life regeneration. The design with an integrated dew point transmitter, measuring directly in the compressed air flow, proves to be particularly energy-saving. The switch between the two cartridges takes place only when the desiccant is saturated. The noise generated during the switching process could be reduced to the range of 60 dB(A) with the newly developed UltraSilencer. 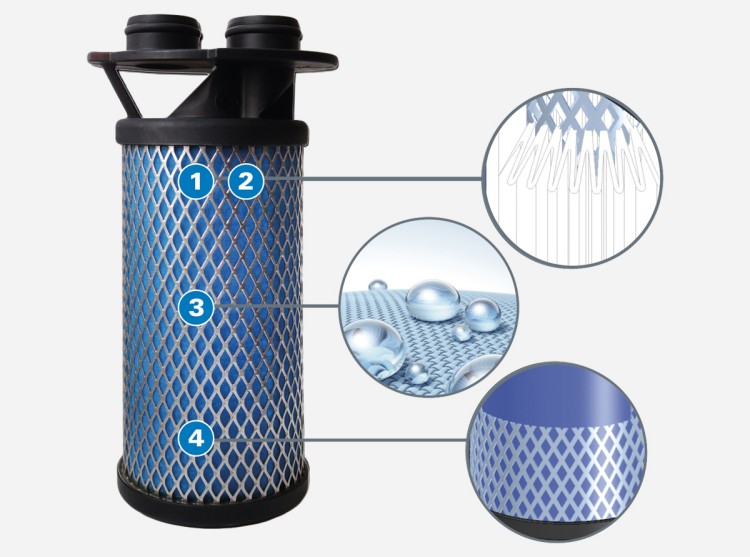 The integrated UltraPleat™ energy-saving filters ensure optimum filtration performance at low differential pressure. When the compressed air enters, liquid and solid particles are effectively deposited or retained by the UltraPleat™ pre-filter before it flows into one of the two desiccant cartridges. The afterfilter, which removes solid particles up to 0.01 microns, is the effective securing element so that the dry compressed air is available according to the purity level specifications.

For the separation of oil aerosols, an efficiency of ≥ 99.9% according to ISO 12500-1:2007 is achieved. The filter performance data according to ISO 12500-1 and ISO 12500-3:2009 have also been validated by an independent institute for energy and environmental research. The successful development of filtration technologies to increase energy efficiency and resource savings underlines the fact that this high filtration performance was achieved while reducing differential pressure by a further 50%.

Providing high compressed air quality centrally for the entire compressed air network is usually not useful and contamination with aerosols cannot be ruled out in the often widely branched compressed air networks. Therefore, to ensure process and product integrity, especially in food and beverage production, it is not only necessary for economic reasons to use a processing stage directly at the place of consumption, as is exemplified in EKTAM plants.

A complete and compact purification package, the Ultrapac Smart heatless regenerated adsorption dryer is equipped with a pre-filter and afterfilter with UltraPleat™ technology.