The Importance of Safety Filters

What Is the Purpose of a Safety Filter?

Many Donaldson air cleaners contain two filters. The larger one is known as the outer or primary filter. The role of the primary filter is to remove contaminant in the air coming from the intake system as it passes through the air cleaner.

The safety filter has two jobs:

The safety filter usually uses a different type of media from the primary filter. The media is more open for lower restriction and is less efficient, meaning it won’t plug on exhaust soot and oil fumes but will still stop small, engine damaging, dirt and dust particles. Depending on which air cleaner the safety filter is designed for, they can have a pleated construction similar to the primary filter, or can be a ‘slim line’ design often found in smaller air cleaners where space is limited.

With less contaminant holding capacity, the safety filter will plug rapidly on engine damaging particles that find their way past damaged primary filters. This alerts the operator that both filters need to be changed when the restriction level reaches the designated service point. If the safety filter is not changed at this time, the maximum restriction level will be reached very quickly.

Donaldson's air cleaners and air intake systems cover a broad range of equipment and are ideal for light, medium and heavy dust environments. 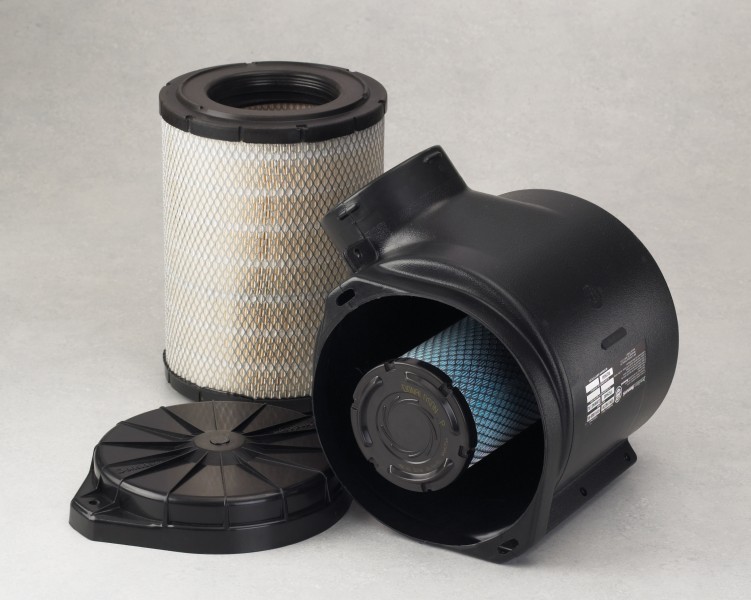 The overall efficiency of the air cleaner is not increased by the safety filter, and it is not a secondary filter—it is ‘insurance’ for your engine. Our experience has shown that fitting a safety filter is the most effective and efficient method of providing additional protection for your engine.

Many Donaldson air cleaners are designed to be fitted with a safety filter as an optional extra for that added piece of mind. Please contact Donaldson and we will advise you of the correct safety filter to use.