Sterile air filters should be rated at 0.2 microns. There are many different mechanisms by which filters capture contaminates, but most people are not familiar with them (see Filtration Mechanisms below). It turns out that different sized particles are captured using different physical mechanisms. Although seemingly counterintuitive, a filter is not necessarily better if it is rated for a smaller size particle. Donaldson sterile air filters are rated at and define efficiency at 0.2 microns for a couple reasons: 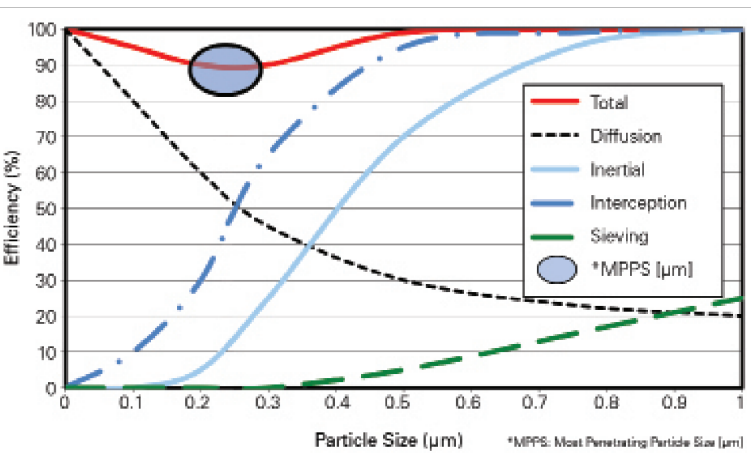 As the chart to the right shows, it is easy to achieve very high efficiencies of over 99.9% at 0.01 micron particle size. Even though a filter can truthfully advertise 99.9% at 0.01 microns, it is quite possible that it is significantly less efficient at 0.2 microns and allowing bacteria through to contaminate the sterile process. Before purchasing sterile air filters, ensure that your supplier provides the efficiency at 0.2 microns. 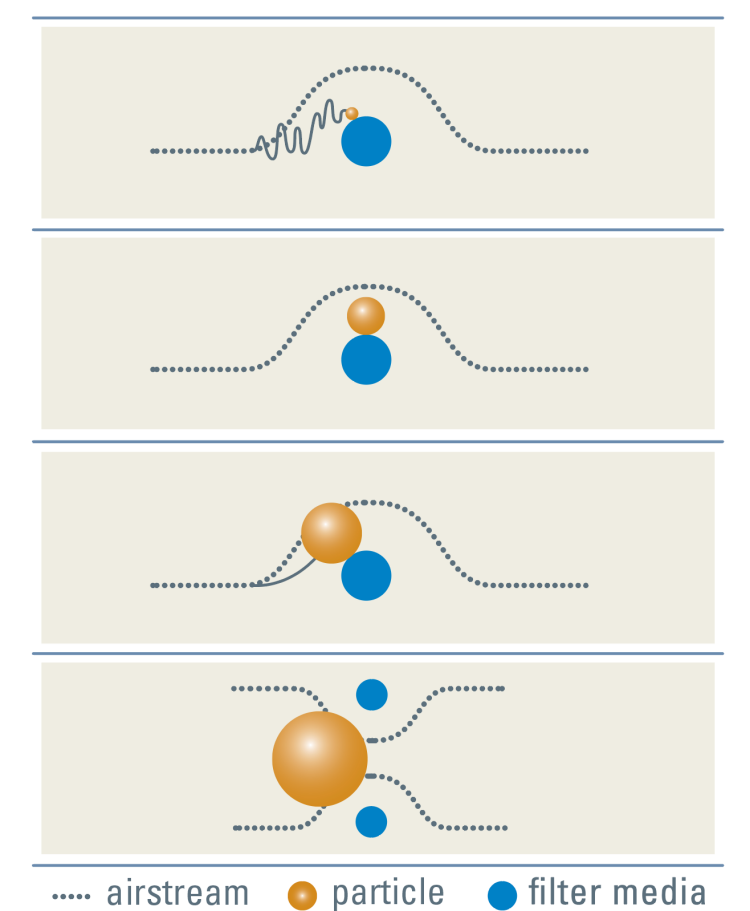 Diffusion works primarily on small particles <0.1 microns. These small particles are bombarded by air molecules and change directions thousands of times each second. This random motion occurs at various angles to the mean free path of the flow stream and increases the likelihood that these particles will contact a fiber.

Interception works primarily on particles >0.5 microns that are too large to diffuse often, but are not massive enough to have inertia. Airflow is forced to change direction in order to flow around individual media fibers, and particles of medium size will contact these fibers as this flow streamlines past.

Impaction works on more massive particles that cannot maintain the flowpath directional changes through the filter. The mass of these particles causes them to fly straight into a fiber as the air changes direction.

Sieving works on large volume particles. Their volume is so great that it is not possible for them to fit through the void volumes between fibers. This is the filtration mechanism most people are familiar with.