The coal industry is notoriously hard on vehicles and equipment. In West Virginia, where all four seasons are harsh and unforgiving, maintenance crews on coal jobsites face a variety of dirt, dust and grime that few environments can match. To keep their equipment up and running, these maintenance crews need every advantage they can get.

So when a longtime Donaldson coal mining customer in Charleston, West Virginia, claimed to have one of the longest-running engines in the industry – 51,000 hours of work without a rebuild or major repairs, the equivalent of almost six years of continuous work – we were amazed and proud to learn from the company’s maintenance manager that they attributed that longevity in large part to exclusively running their equipment with Donaldson filters. (This customer asked us not to use their name so as not to divulge any trade secrets – but they did want us to tell their story).

“What a great testimonial for our filtration products,” said Ted Angelo, Global Product Director, Engine Aftermarket at Donaldson Company. “Whether for oil, air intake, hydraulics or fuel, we are committed to providing the highest quality filters to meet our customer needs – even in extreme operating environments.” 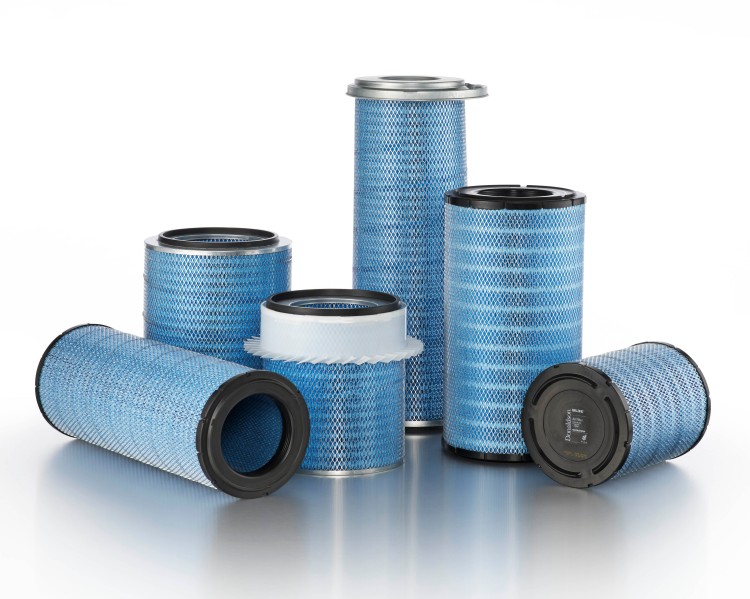 According to the maintenance director at this mine site, a MTU 4000 Series engine has seen nearly nine consecutive years of use in one Haul Truck with virtually no downtime other than scheduled maintenance.  This has been a major advantage to their operation, where efficiency and reliability play such a vital role.

“We know the coal industry is highly competitive right now,” said Angelo. “If you’re operation is not efficient and cost conscious, you fall behind quickly. Our mining customers are finding that Donaldson filters provide the highest filtration efficiency and lowest maintenance costs – which is a real advantage in an industry where margins are under constant pressure.”

Donaldson Blue®: The Star of this Story

While this coal producing customer uses a full range of Donaldson filters, the stars of this story are the Donaldson Blue® extended-service air filters. These filters, which include Donaldson’s proprietary Ultra-Web® fine fiber media, are designed specifically for extended filter maintenance programs and deliver better engine protection, minimized equipment downtime and reduced long-term operating costs for fleets. If this off-road equipment success story is any indication, Donaldson Blue filters do exactly what is intended, and then some.

“In the ever-changing West Virginian environment, effective air filtration is a must,” says Joseph Serrenho, Donaldson Senior Territory Manager. “In dry conditions, the dirt and coal dust are ever-present. But even in wet or snowy conditions, the combined exhaust from the jobsite equipment blows down on the hard-packed roads and creates a dust mixture that can be deadly for engines.” This abrasive mixture can destroy an engine in a matter of hours if the air filter fails. According to this Donaldson customer, not one engine has been dusted in the 20 years the company has used Donaldson filters. 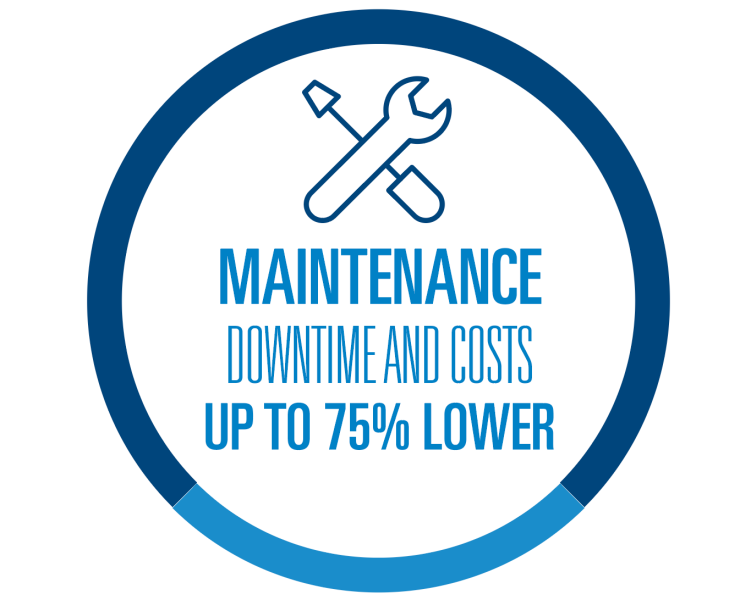 The typical MTU Series 4000 engine provides 25,000 to 30,000 hours of service in the coal industry. Many off-road engine owners find it easier to completely replace an aging engine than to overhaul or make regular repairs, so when an engine reaches that 30,000-hour mark, the maintenance team automatically orders a replacement. For this particular customer, the replacement for the company’ “star” engine has been sitting in storage for more than four years. “They’ve been waiting for the engine to fail,” says Angelo, “But it just keeps going!”

In fact, it is believed that the 51,000-hour outlier is one of the longest-running engines in the industry. In addition to the use of high-quality Donaldson filtration products, a fully integrated maintenance program is also credited for the long life of the record breaker. But it’s not just a single engine that Donaldson and this mine’s maintenance team hang their hats on. The operation boasts four Series 4000 engines that have clocked well over 40,000 hours of use and a number of others that have already far exceeded 30,000 hours of service. Overall, the team maintains 90 percent availability in the fleet, an important benchmark in an industry where margins are tighter than ever before.

Because those margins are razor-thin, this mine’s maintenance team finds that Donaldson Blue air filters also save when it comes to replacements.  With standard cellulose air filters, a typical maintenance team would expect to swap out filters three to four times per year per vehicle. The efficient Donaldson Blue filters used on this customer’s haul trucks have lasted up to a full year, cutting maintenance downtime and filtration costs by up to 75 percent.

“When our customer realized the value in using Donaldson Blue air filters in engines like the Series 4000, they didn’t hesitate to make minor modification to a pair of excavators so they, too, could accept the latest Donaldson Blue filters,” said Serrenho.

“This major coal mining operation moves 3 million tons of coal with more than 80 pieces of major equipment every year”, says Angelo.  “We’re happy to play a part in the success of such a hard working company.  When we see this type of success and we recognize that we’ve helped a customer to achieve such great heights – it’s what motivates us to help each customer achieve more.”

*Data represents customer experience in this particular coal mining application. Results may vary depending upon application and environmental conditions. 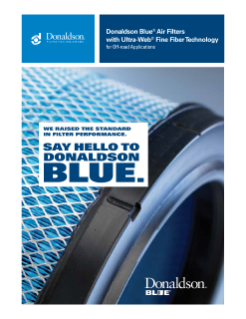