Foundries were one of the first industries to use local exhaust ventilation to control contaminants in the workplace and provide protection for the environment. Foundries continue to lead in this area today and Donaldson Torit® dust collectors provide the advanced filter technology required to do so. Donaldson Torit dust collectors are installed in hundreds of foundries worldwide exhausting furnaces of all types, mold making and break-out, pouring, casting, and finishing operations.

Cartridge
Your selection did not return any results. Please reset and try a new selection. 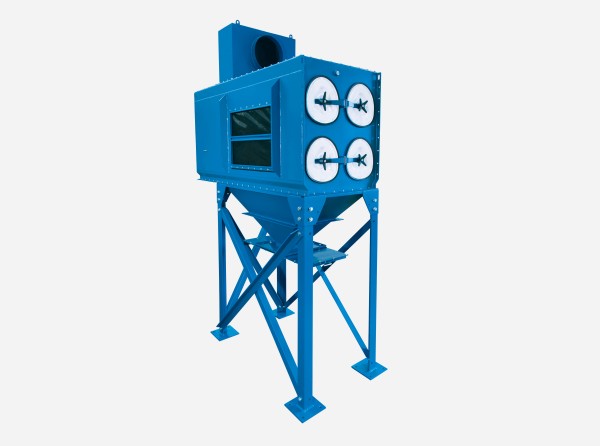 The Donaldson Torit® Downflo® Evolution (DFE) cartridge dust collector is capable of reducing equipment size and the number of required filters by up to 40%. 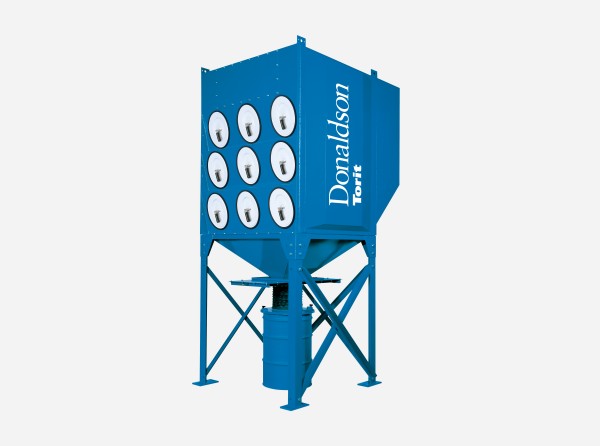 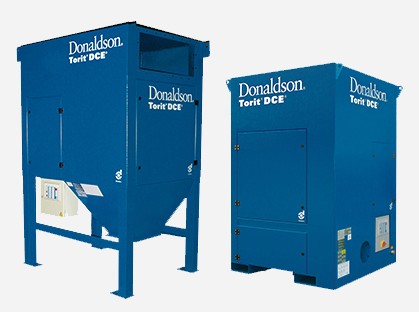 DFPro collectors deliver longer filter life and higher efficiency in a compact "Plug and Go" unit.
Baghouse
Your selection did not return any results. Please reset and try a new selection. 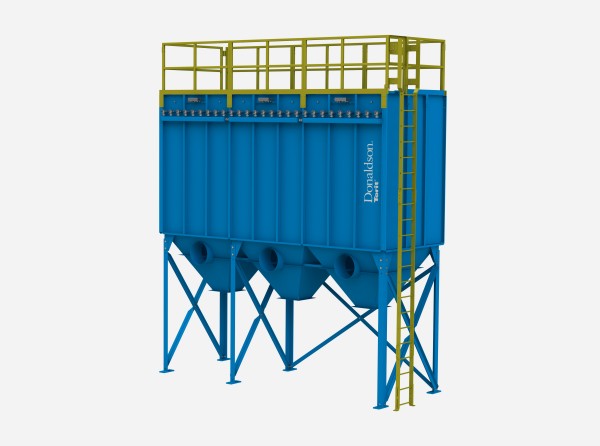 The word “Foundries” encompasses a broad group from large multi building facilities that melt iron to cast counterweight blocks for cranes weighing hundreds of tons to a single room where precious metals are melted and cast into intricate shapes for jewelry. In general, most have the following common processes:

This includes storage and handling of new sand, equipment to separate the castings from the molds, handling and reconditioning of the used sand for future reuse; i.e, shake-out or knock-out, mechanical and pneumatic conveying, bucket elevators, mixers and sand coolers.

There are a number of furnaces widely used in the ferrous and non-ferrous foundries. These include induction, electric arc, reverb, rotary, cupola, crucible and open hearth furnaces. It is essential that exhaust volumes are sufficient to control generated fume. Heavy fume generation during charging, the initial melt stage and any refining may increase the air volume required and consequently the collector size. Dirty scrap with oils or paint compounds the fume generation during charging and the initial melt and may require the addition of filtration aids to prolong filter life. Fumes include metal oxides, but the smoke resulting from contaminants such as oil and paint, unburned hydrocarbons, and products of combustion including moisture and fluxes used during the refining process produce hygroscopic salts that may compromise the life of any filter media.

Heavy concentrations of metal oxides are produced when the molten metal is exposed to the oxygen in air during the pour. The heat released during a pour creates high heat rise velocities making close capture of fume a hooding challenge so careful air volume management is critical.

After the metal casting is broken free from the mold, it is necessary to remove excess sand. In the blast room the castings are subjected to abrasive blasting or put through a barrel tumbler where the action of the sand or shot impinging on the casting loosens the adhered sand and cleans the casting surface. The cleaned casting may be subject to further processing such as grinding, chipping or machining.


Collectors like the Donaldson Torit RF, Modular Collectors like the Baghouse and Dalamatic® have been the traditional collector of choice for foundry applications with multiple installations throughout the world, but with increasing limitations on emissions and continuous improvements in cartridge technology, more and more Donaldson cartridge collectors (DFE and DFO) have found homes as furnace fume, pouring and casting cleaning collectors.